BIS BUREAU OF INDUSTRY AND SECURITY

Bureau of Industry and Security Mission

Guiding Principles of the Bureau of Industry and Security

This statement of principles represents the guiding philosophy of the Commerce Department's Bureau of Industry and Security in approaching its activities and fulfilling its responsibilities. This statement is not intended to dictate any particular regulatory action or enforcement action.

Protecting U.S. security includes not only supporting U.S. national defense, but also ensuring the health of the U.S. economy and the competitiveness of U.S. industry.

The Bureau strives to work in partnership with the private sector. The Bureau  fulfill its mission, where possible, through public-private partnerships and market-based solutions.

The Bureau's activities and regulations need to be able to adapt to changing global conditions and challenges.

The political, economic, technological, and security environment that exists today is substantially different than that of only a decade ago. Bureau activities and regulations can only be justified, and should only be maintained, to the extent they reflect current global realities. Laws, regulations, or practices that do not take into account these realities - and that do not have sufficient flexibility to allow for adaptation in response to future changes - ultimately harm national security by imposing costs and burdens on U.S. industry without any corresponding benefit to U.S. security.

The Bureau work cooperatively with other parts of the U.S. Government and with state and local governments.

The U.S. Government goal is to protect United States vital national interests, as articulated in the four pillars of the 2017 National Security Strategy of the United States of America (NSS). We aim to: (1) protect the American people, homeland, and way of life; (2) promote American prosperity; (3) preserve peace through strength; and (4) advance American influence.

It includes economic, financial, american core values as unalienable right of every person to life, liberty, and the pursuit of happiness, Security.

The E.O. authorises sanctions (asset freezing measures and a travel ban) to be imposed on people or entities involved in coercing / arresting / detaining / imprisoning individuals under the authority of the Hong Kong national security law, or involved in its adoption/implementation.

The E.O. also provides for sanctions on those determined to be responsible for/complicit in undermining democratic processes, or activities that threaten the peace, stability or autonomy of Hong Kong, including censorship, limiting the freedom of expression and human rights abuses.

The E.O. also declares that Hong Kong “is no longer sufficiently autonomous to justify differential treatment” in relation to China, and orders the suspension of Hong Kong’s special economic status. The White House press briefing reiterates that exports of sensitive technologies will be prohibited in the same manner that applies to China.

China is perceived as the main new challenge/ threat due to the world dominance seeking attitude.

We will boost all initiatives to promote the culture of Export Compliance as essential to do business “playing by the rules” to improve international relationships and security.

EIFEC Office in Washington D.C and in Hong Kong assist operators and institutions to keep up to date any compliance determination. 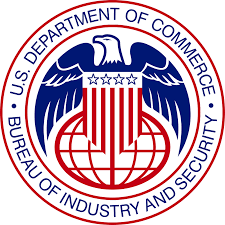