US has a long history of using sanctions, including the Non-Importation Act of 1806 and Embargo Act of 1807, which preceded War of 1812.

The Office of Foreign Assets Control (OFAC) of the US Department of the Treasury administers and enforces economic and trade sanctions based on US foreign policy and national security goals against targeted foreign countries and regimes, terrorists, international narcotics traffickers, those engaged in activities related to the proliferation of weapons of mass destruction, and other threats to the national security, foreign policy or economy of the United States.

OFAC acts under Presidential national emergency powers, as well as authority granted by specific legislation, to impose controls on transactions and freeze assets under US jurisdiction.
Many of the sanctions are based on United Nations and other international mandates, are multilateral in scope, and involve close cooperation with allied governments.

OFAC administers and enforces US economic sanctions programs primarily against countries and groups of individuals, such as terrorists and narcotics traffickers.

The sanctions can be comprehensive or targeted, using the blocking of assets and trade restrictions to accomplish foreign policy and national security goals

Types of US Sanctions Programs

China is perceived as the main new challenge/ threat due to the world dominance seeking attitude.

We will boost all initiatives to promote the culture of Export Compliance as essential to do business “playing by the rules” to improve international relationships and security.

EIFEC Office in Washington D.C and in Hong Kong assist operators and institutions to keep up to date any compliance determination. 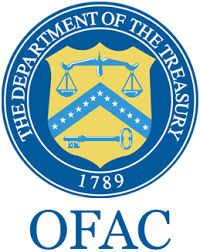